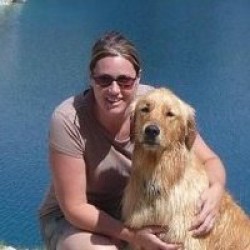 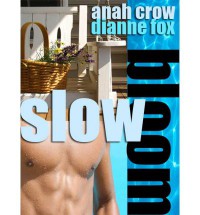 For starters, the age gap is huge, but once I put that out of my head, I fell in love with the characters. Jack is a lonely 48 year old writer who used to be a dom heavy into the scene. He apparently wrote books about his experiences, though under a different name. Along comes Jack, an 18 year old neighbor who pursues Jack pretty relentlessly until Jack gives in.

I liked that Jack never pushed Ricky into anything and always encouraged him to live his life. When it came to sex, he let Ricky take the lead in that as well, offering encouragement and support along the way after Ricky had a bad experiences bottoming and getting gay bashed. Ricky was able to draw Jack out of his self-imposed shell, and the two of them were very happy together.

Ricky seemed very mature for his age. It seems weird saying that in the scheme of things, but his actions and mentality about his past relationships, as well as his relationship with Jack, gave that impression.

Ricky's friends were all very caring and supportive, some more than others, but it was refreshing nonetheless.

I did not like how this book seemed to drag on at times. I cannot pinpoint why that is, but it was extremely slow going. Things were annoyingly repetitive, such as the "I trust you's" and "I love/am in love with you's." There are also a lot of hot, heavily detailed sex scenes. Jack and Ricky were extremely sexually compatible characters. They just seemed to fit exactly what each other needed. While Jack guided the sexual experiences for the most part, Ricky was able to throw in a few of his own surprises for Jack as well.

There was an issue about Ricky finding the books Jack wrote and using them to base his experiences on. Jack worried about this quite a bit. I found myself wishing I could pick up my own copy just to really see the "old" Jack.

In the end, I enjoyed this story and watching Ricky slowly draw Jack out of his self-imposed shell, and the two of them finding a way to be happy together, despite the odds.